Ed Lyons is a Visual Performance Consultant based in Wolverhampton and is a Director of Flint and Partners Optometrists and www.edwardseyewear.com

He has developed an innovative approach to assessing the visual profile of an athlete that has seen his clients win Domestic, National, International and World titles, and him win the accolade of SportsVision Practice of The Year at the Optician Awards!

He was a Finalist in the AOP Optometrist of The Year 2020.

As a keen shooter himself and having assessed clients from all over the UK and Europe, to South Africa, Cyprus and Australia, he is uniquely experienced in all aspects of vision and shooting and is considered to be amongst the most knowledgeable practitioners in the world.

Having invested heavily in class-leading equipment from Senaptec, EyeCarrot, TopCon and RightEye, an Eye Examination with Ed is like no other!

A SportsVision Consultation will help you see and perform to your best! 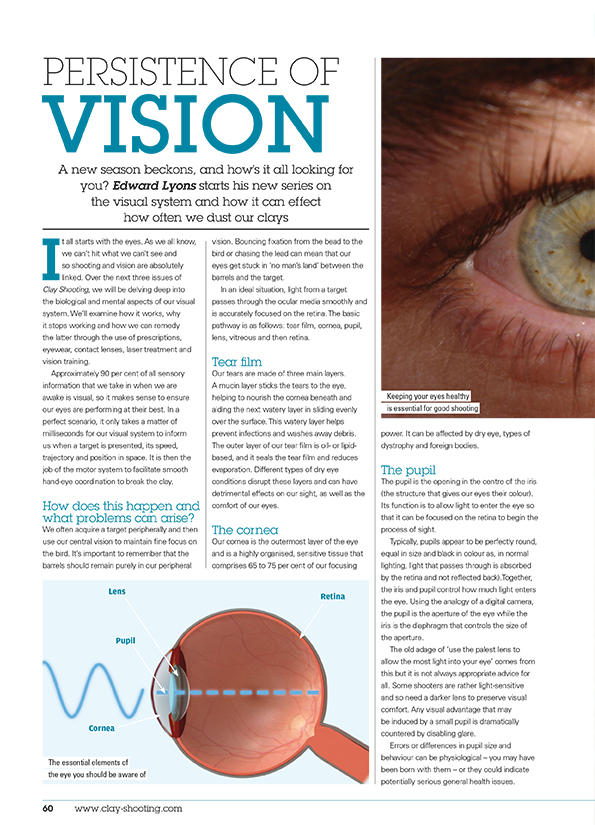 Read Ed Lyons’ series of articles about the visual system.

Vision and shooting are intrinsically linked – the accuracy with which you see the target dictates how you make the move to shoot it.

What if you could improve that process and make your visual system more efficient?
Now you can! 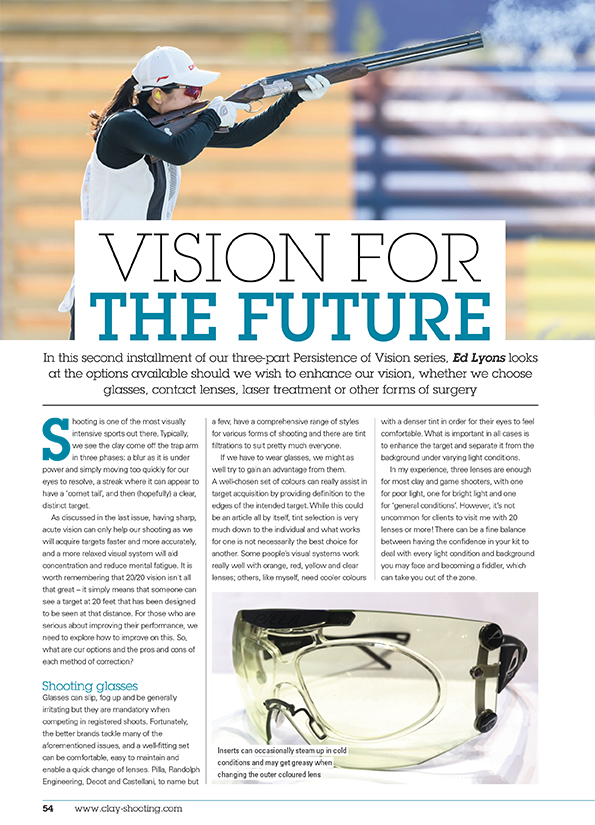 Vision for the Future
Ed Lyons looks at the options available should we wish to enhance our vision. 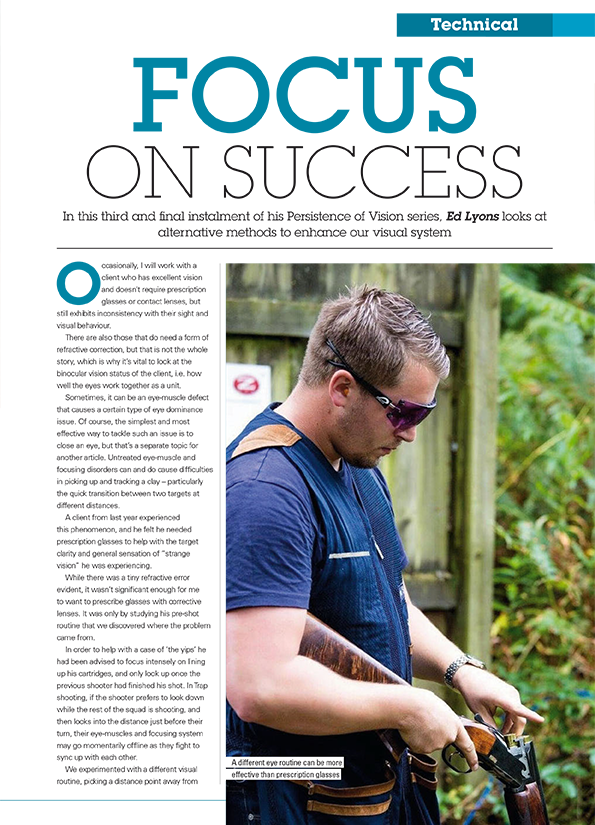 It's better than a poke in the eye with a sharp stick!

(And if that happens we can help you out)

You have Successfully Subscribed!